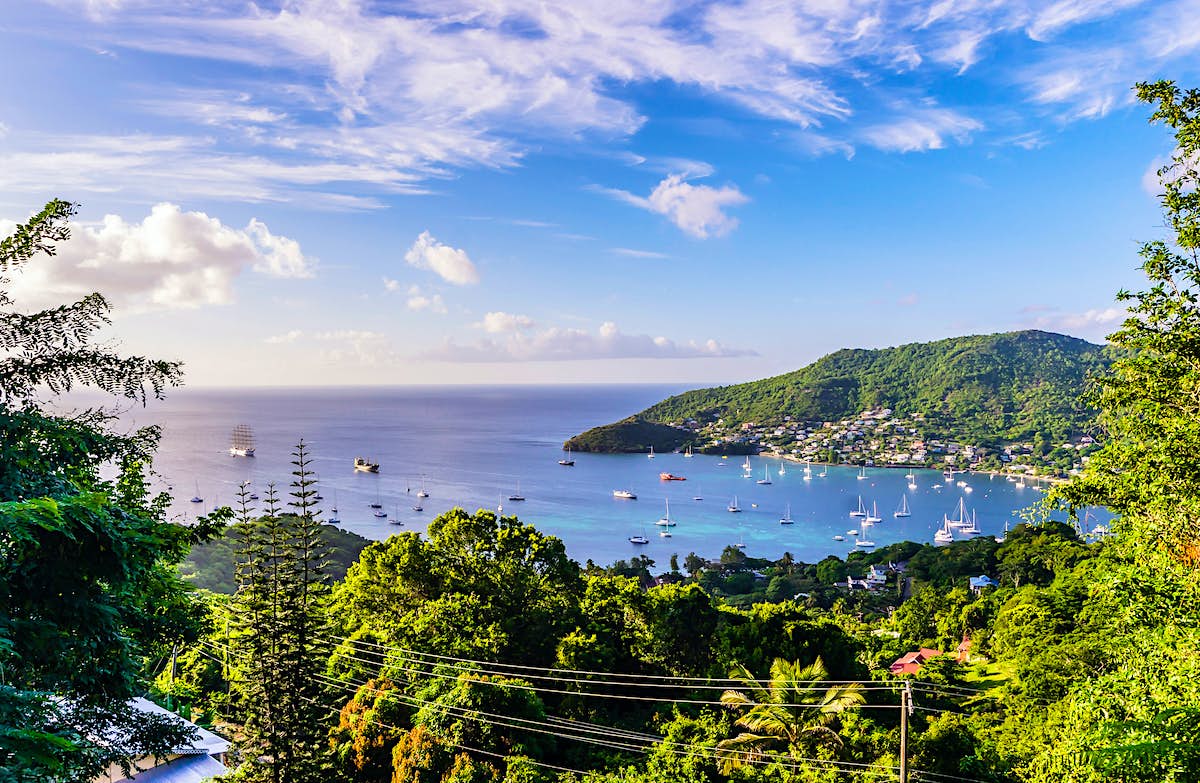 Long the domain of savvy sailors and fly-in millionaires, the spectacular Grenadines also offer plenty for the independent traveler – you don’t need your own boat to fully explore the magnificent archipelago. Spanning the nations of St Vincent & the Grenadines and Grenada, the island chain offers a wide variety of authentic Caribbean experiences where nature is never far from the spotlight. 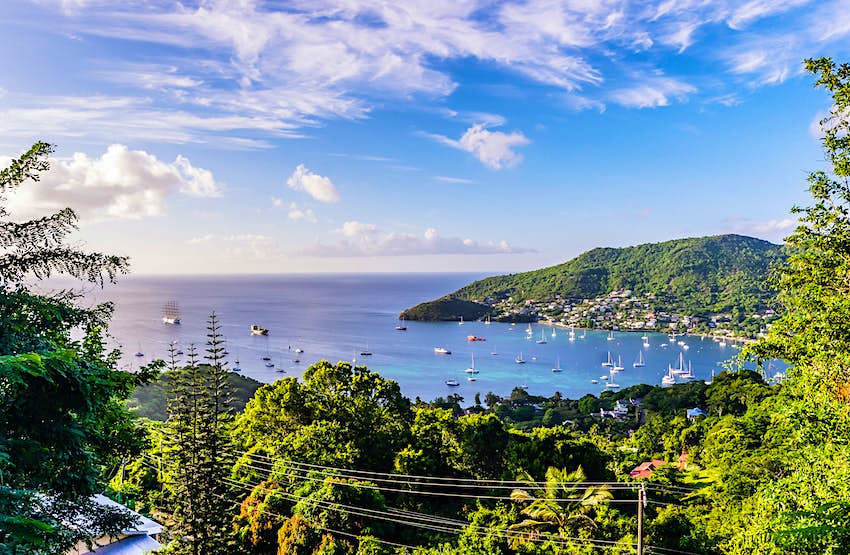 The most visited of the Grenadines and rightly so, beautiful Bequia is the quintessential slow-paced Caribbean island that really does have it all. Visitors can swim, dive or hike through dazzling natural beauty by day and then soak up the tropical atmosphere in the evening, sipping cocktails or tucking into a gourmet meal on a panoramic terrace.

Among its many draw cards are Princess Margaret Beach and Lower Bay, two wonderful stretches of sand backed by lush greenery, just a short hike from the capital Port Elizabeth.

As the second largest island in the chain, Bequia offers plenty of attractions for nature lovers. There are good drift dives along the leeward side of the north of the island while the remote hilly north of the island affords ample opportunity for exploration; climb some of the imposing forested peaks for fine views of St Vincent and other Grenadine islands.

Getting there: Visiting Bequia is a breeze thanks to its efficient regular fast ferry service linking it with Kingstown on St Vincent Island. SVG Air has flights from the airport on the south of the island to Kingstown, Barbados and St Lucia.

Best for: Kicking it with rock stars

Mysterious Mustique, home to rock stars and the uber wealthy, is the island that fomented the image of the Grenadines as playground for the rich and famous.

The private island has some of the priciest accommodations in the region – if you have the bank balance, you can crash at the Balinese themed villa built by David Bowie. But you don’t need to be rolling in it to visit – day trips on yachts from Bequia allow visitors to get a taste of Mustique’s manicured lawns and pure tropical perfection. Visitors can lie about on pristine beaches and take a drink at iconic Basil’s Bar overlooking the main harbor – you never know who might be at the next table.

Getting there: There are no public ferry services to Mustique. Travelers can visit on a day sailing cruise from Bequia; a recommended boat is the elegant Caribbean schooner Friendship Rose. Visitors with accommodation can find regular flights from Barbados, Kingstown, Grenada and Saint Lucia with Mustique Airways.

Uninhabited and protected as a marine park, the gorgeous Tobago Cays are the highlight of any trip to the Grenadines. Surrounded by an impressive barrier reef, they offer some of the best snorkeling in all of the Caribbean with warm, shallow waters filled with hard corals that are alive with marine life, including a thriving population of marine turtles.

The beauty of the cays is no secret among travelers, but they rarely feel overrun thanks to their remote location and lack of development. A day trip here is a thoroughly relaxing experience with bouts of snorkeling, swimming and lazing on the sands interrupted only by freshly caught seafood meals.

Getting There: There is no public transportation to the Tobago Cays, but it’s possible to charter a small boat for a day trip from any one of the populated Grenadine islands; Mayreau is the cheapest departure point, followed by Union Island. To see the cays in style, book a sailing tour from Union Island on the pirate ship Scaramouche. 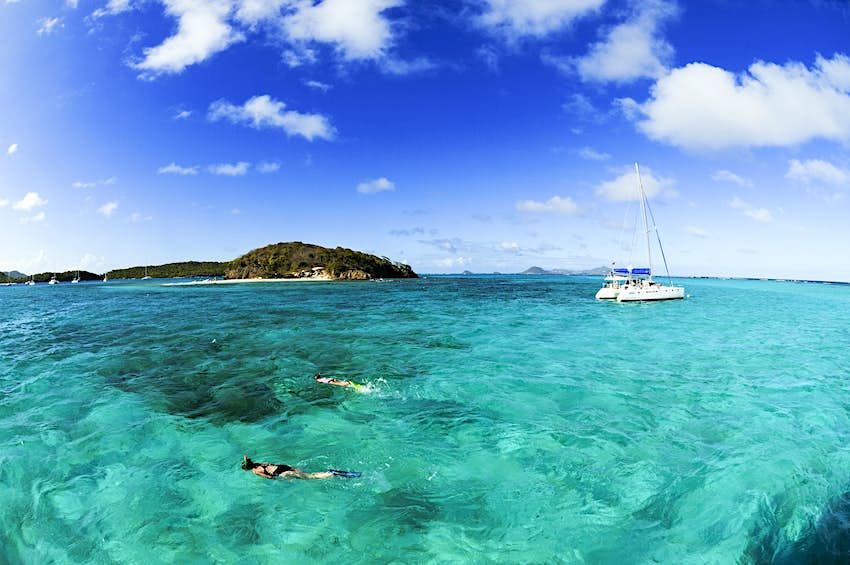 Tiny Mayreau may not have a hospital, school or any police, but the glorious lack of development doesn’t stop the small population of locals from having a good time. Mayreau is famed locally for its hard partying. In fact, those that work on the boats swear that Mayreau’s weekly beer order far eclipses that of far larger neighbor Union Island.

Apart from bar hopping, there are plenty of other reasons to pay a visit. The island is part of the Tobago Cays marine park and boasts spectacular beaches. Long a secret amongst yachties in the know, Salt Whistle Bay on the northern tip of the island is one of the most perfect bays in the Grenadines: a full horseshoe-shaped crescent of brilliant white sand lined with coconut palms that looks almost too good to be true. It’s a fantastic place to swim.

The undeveloped nature of Mayreau means there are plenty of rarely visited smaller bays to discover, and the small size of the island means you’re never too far from home (or cold beers) once you tire of exploration.

Getting there: Some southern Grenadines ferry services, including the MV Barracuda, call at Mayreau on the Kingstown-Union Island run. Alternatively, a school boat runs between Clifton on Union Island and Mayreau every weekday morning and afternoon. There’s no airstrip on Mayreau. 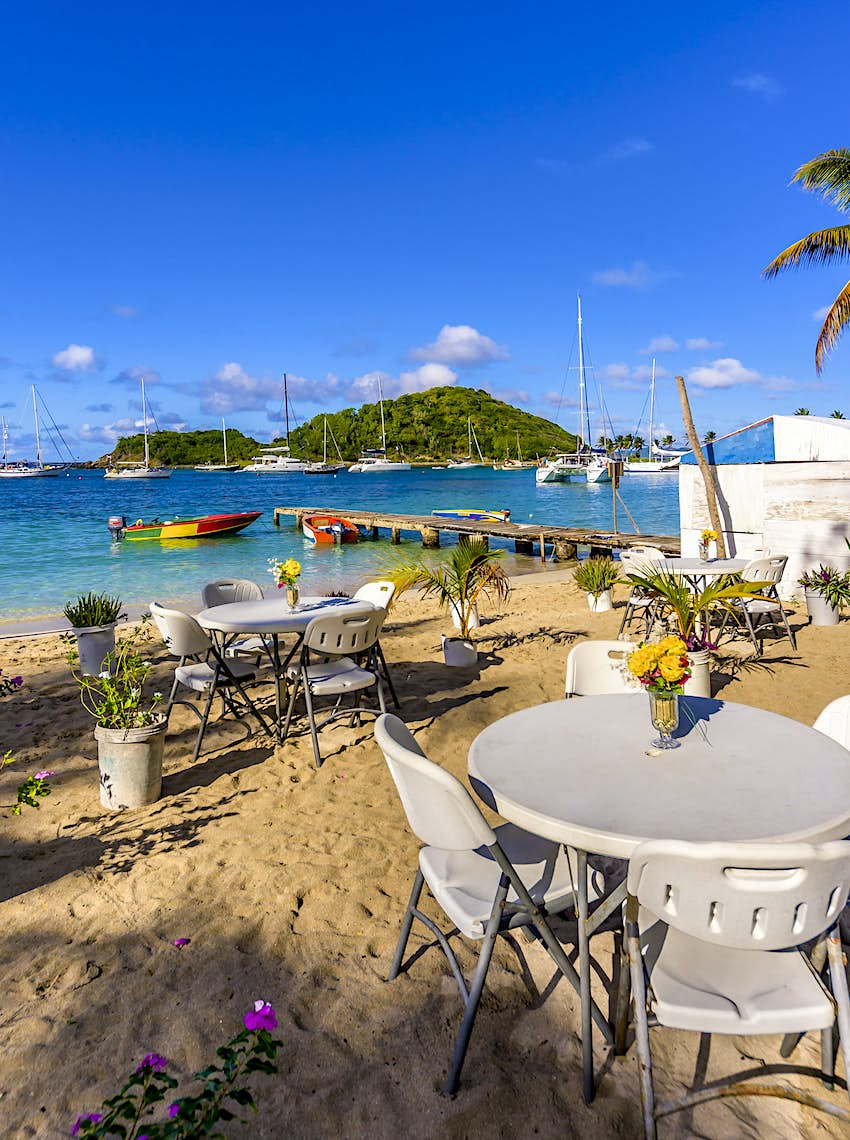 A tale of two islands – Canouan is a peculiar place that, in some ways, shows the perils of tourism development. Once a normal Grenadine paradise, more than half of the island was sold off by the SVG government to private investors for a mega resort project leaving local residents bunched up in the village on the southern reaches of the isle without access to some of Canouan’s loveliest spots. Of course if you’re staying in the resort, you will enjoy access to absolutely stunning beaches with first class snorkeling and zero crowds.

While many of the nicest beaches are within the resort boundaries, there is also fine snorkeling and some lovely sands to the south and east of the village of Charlestown, although infrastructure on the island is limited for independent visitors.

Getting there: Canouan is accessible by ferry services running between Kingstown on St Vincent and Union Island (try the MV Barracuda or MV Gem Star). There are flights to Kingstown and Union Island – a five-minute hop over the channel – with SVG Air.

An outpost at the far southern end of the St Vincent Grenadines and across an international border, mountainous Union Island has traditionally been off the radar for many visitors but has recently been discovered by a new wave of adventurous independent travelers.

With a couple of laid back villages and no major resorts, it’s one of the best islands for visitors to mix it up with locals. The main street in Clifton is lined with little cafes and restaurants, and it’s a fun place to relax in the evening after sun-soaked adventures.

As a true Grenadine, Union is not without its share of astonishing natural beauty. Big Sand on the west side of the island is a wonderful crescent of powdery white fronted by brilliant turquoise sea and framed by jungle covered bluffs. The waters to the east of the airport runway on the north side of the island offer some of the best kiteboarding in the archipelago.

Getting there: Union is the last stop on the southern Grenadines ferry routes from Kingstown, and both the MV Gem Star and MV Barracuda spend the night here. The small local airport receives regular flights from Kingstown as well as less frequent services from Grenada, St Lucia and Barbados. Bookings can be made through SVG Air. 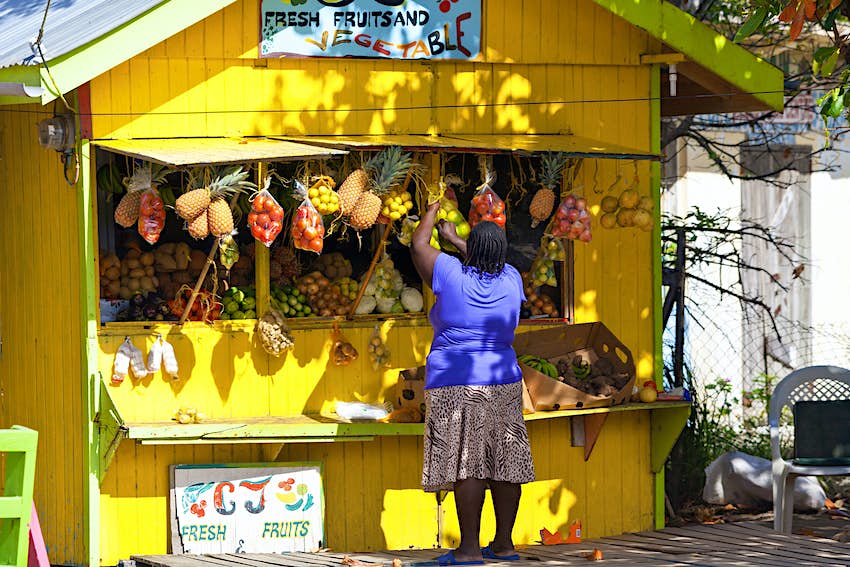 Home to the Grenadines’ most vibrant carnival as well as one of its leading music festivals, Carriacou is the archipelago’s largest island and also its most cultured. Sure, it has the requisite first class beaches – Paradise Beach on the west side of the island very much lives up to its name, while secluded Anse La Roche is a delightful cove surrounded by bush with coral reefs just offshore – but there’s also plenty going on once the sun goes down.

Carnival in Carriacou is a raucous affair involving oil-covered bodies dancing in the street until the early hours. But Carriacou Carnival’s biggest claim to fame is the intriguing Pierrot or ‘Shakespeare Mas’, where pairs of costumed men recite verses from the bard and bash each other with sticks if they fluff their lines.

Other cultural showpieces include the Big Drum Dance – an ancestral dance performed on special occasions and accompanied by plenty of rum – and the Carriacou Maroon and String Band festival, a full on celebration of drumming, dancing and smoked foods.

Getting there: Carriacou is one of the easiest islands in the Grenadines to visit thanks to the regular fast ferry service run by Osprey Lines from St Georges on Grenada, which has good international air links.