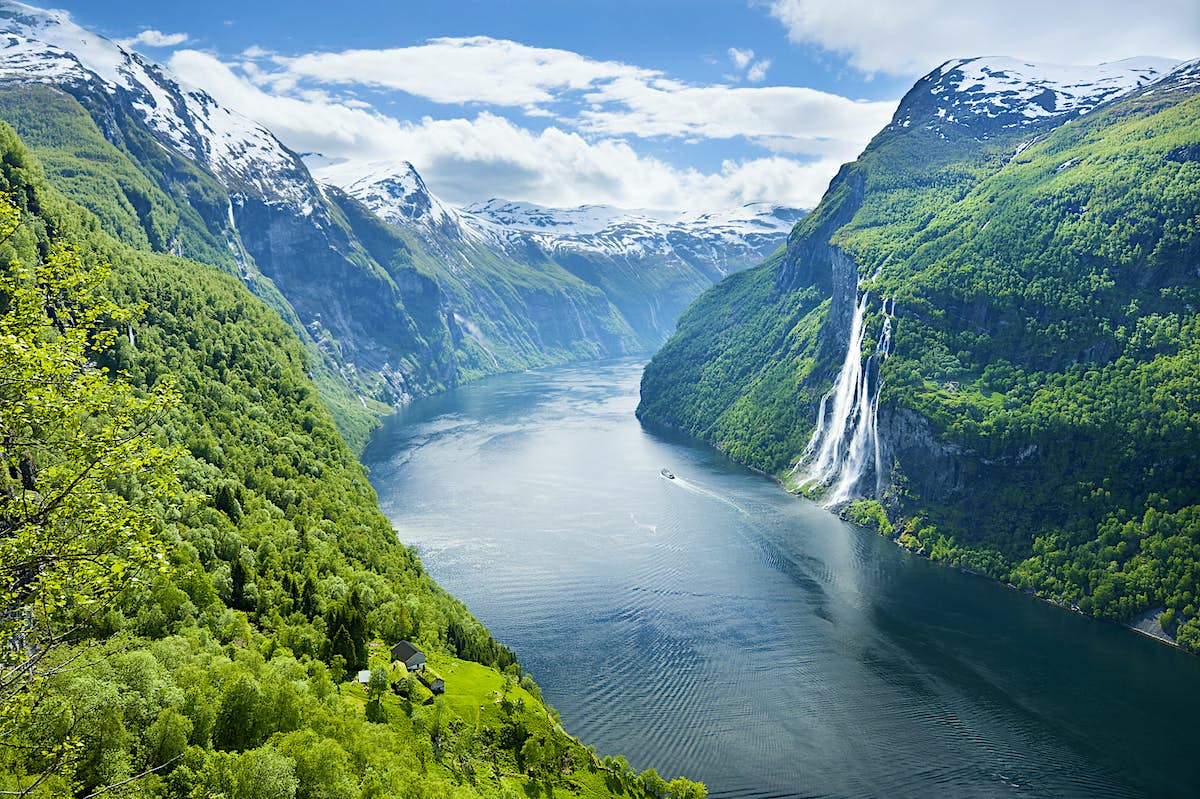 Combining shoulder-season prices with decent weather in many parts of the world, May offers a lot to travellers. So whether you’re seeking wildlife encounters, a cultural soiree, an intrepid journey or a destination that won’t break the bank, there’ll be something in this month’s round-up that’ll rouse your wanderlust. Here are the best places to go in May. 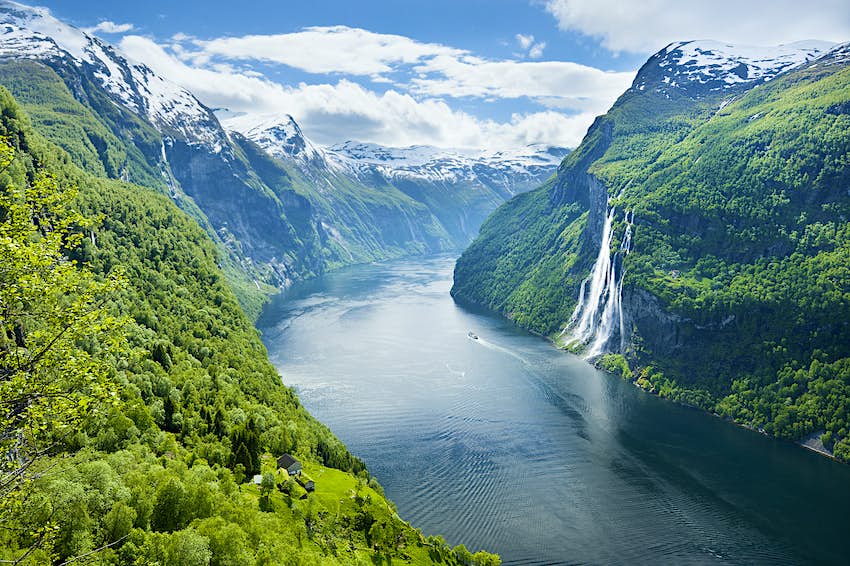 Where are the best places to visit in May for “the journey”?

Winding through jagged mountains and desert oases, the Silk Road has been capturing the imaginations of travellers for centuries. Get a feel for this famous route with a tour of Uzbekistan’s trio of historic cities – Samarkand, Bukhara and Khiva – which all continue to exude the exotic mysticism associated with old-world Asia. May also marks the start of road-trip season on the equally fabled Route 66, America’s Mother Road, which threads through eight states, knitting together charming time-worn towns dotted with roadside diners and motels.

Take to the choppy waters along the wild, fjord-serrated western coast of Norway, which basks in near-continuous sunlight come mid-May, to try your hand at fishing in the Lofoten Islands, meet Sami people at North Cape or hike picturesque riverside trails near Geirangerfjord. Intrepid watery journeys are also on offer off the western coast of North America. Here, the Alaska Marine Highway traces the rugged stretch of coastline from Vancouver Island, past the fathomless Great Bear Rainforest, to Alaska, where orcas, bald eagles and bear sightings add to the dramatic scenery. 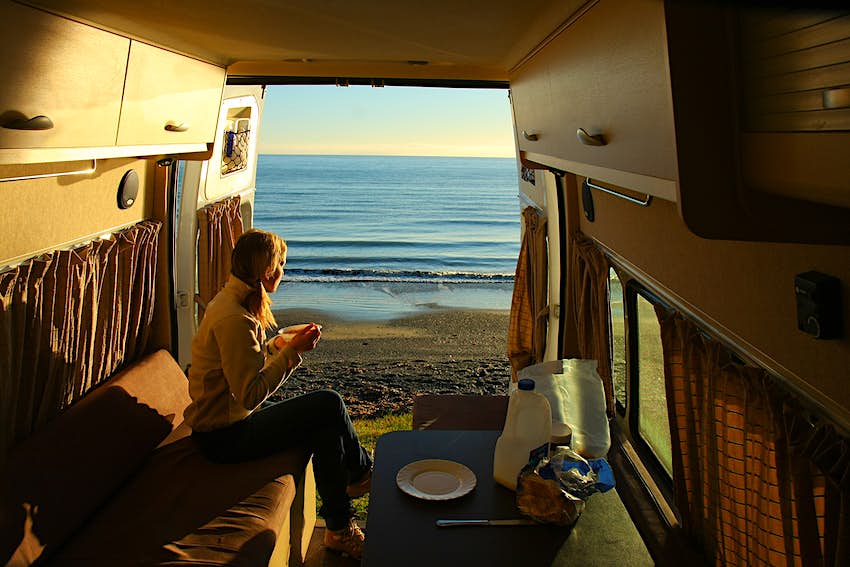 Where are the best places to visit in May for those on a budget?

A favourite itinerary for bargain-hungry backpackers, hiring a campervan and touring New Zealand is even more cost-effective in May, when colder weather prompts large discounts on vehicles and accommodation. Those fretting over chillier temperatures should stick to the North Island, where natural hot springs and geothermal pools abound. On the other side of the world, May is an enticing month to cross Europe by train. While the opulent Orient Express may price out most, using a railcard and charting your own route means you can see the springtime boulevards of Paris, the music halls of Vienna and the ruin bars of Budapest in one remarkable, relatively cheap swoop.

The start of the rainy season in Central and South America means two of the continent’s most sought-after destinations are at their cheapest. May is the official start of “green season” in Costa Rica, drawing money-savvy nature lovers to see the country’s flora at its most vibrant. The first month of Cuba’s wet season, meanwhile, brings boiling temperatures, off-season bargains and – with the rain not falling in earnest until July – minimal risk of precipitation; besides, who cares about the weather when you’re dancing to sizzling salsa? 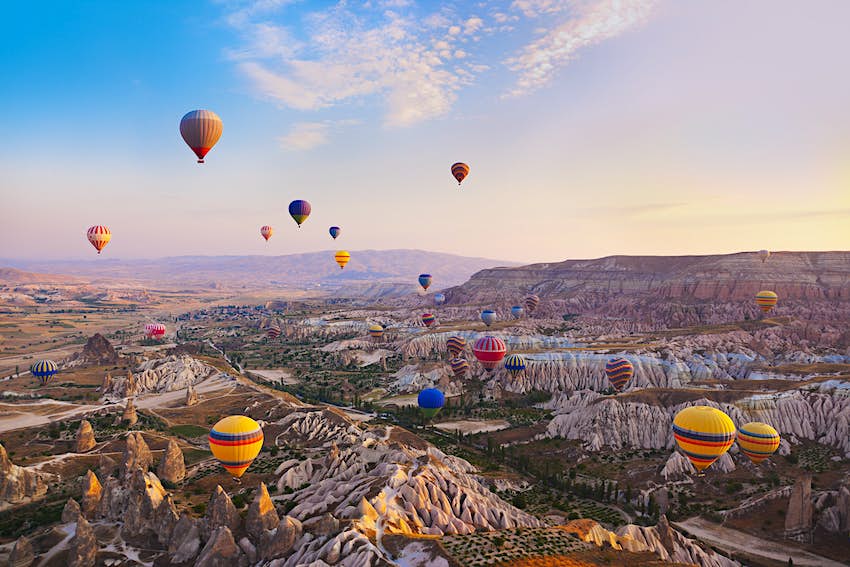 Cappadocia is at its most captivating come May © Tatiana Popova / Shutterstock

Where are the best places to visit in May for culture?

The long, warm days of spring in Prague are ideal for city strolls and boat trips on the Vltava River. Riotous celebrations are stirring in America as the Kentucky Derby, dubbed “the most exciting two minutes in sport”, comes to town. The spectacle makes a great starting point for a tour around the wider southern region, famed for its boundless hospitality, sobering landscapes, blistering music, and dripping barbecue cuisine.

Mysterious and magnificent, the ancient Inca citadel of Machu Picchu is one of the world’s top bucket-list attractions. A visit in May offers good weather while being outside of the traditional holiday season, meaning fewer crowds to dull the ruins’ majesty. Equally becoming is Cappadocia in Turkey, where warm temperatures and dry weather are perfect for exploring the region’s charming fairy chimney rock formations, whether you choose to hike among them or float overheard in a hot-air balloon.

Where are the best places to visit in May for wildlife and nature?

Primavera (spring) is the prime time to visit Abruzzo, when Italy’s wildest region spectacularly bursts back into life. During May, wildflowers brighten the Alpine meadows, snow still speckles the mountains and you can spy timid chamois nibbling on the conifer trees. A more ferocious wildlife spectacle awaits on the Indonesian isle of Komodo, where perfect weather conditions and the start of mating season – which sees dramatic confrontations between rival males – combine to ensure a memorable encounter with the world’s largest lizard, the Komodo dragon.

May is also a good time to visit Australia’s Red Centre, with balmy daytime temperatures perfect for morning walks around the base of sacred Uluru, while evening temperatures are mild but bearable, offering the chance of swag-sleeping in the desert beneath a crisp, star-punctured sky. A very different type of giant form is on show in the waters off Newfoundland, Canada, as the annual procession of icebergs sees cast-offs from the glaciers of western Greenland float down the Atlantic coast past Canada’s easternmost province.

Article first published in March 2018, and last updated in February 2020.

Get more travel inspiration, tips and exclusive offers sent straight to your inbox with our weekly newsletter.