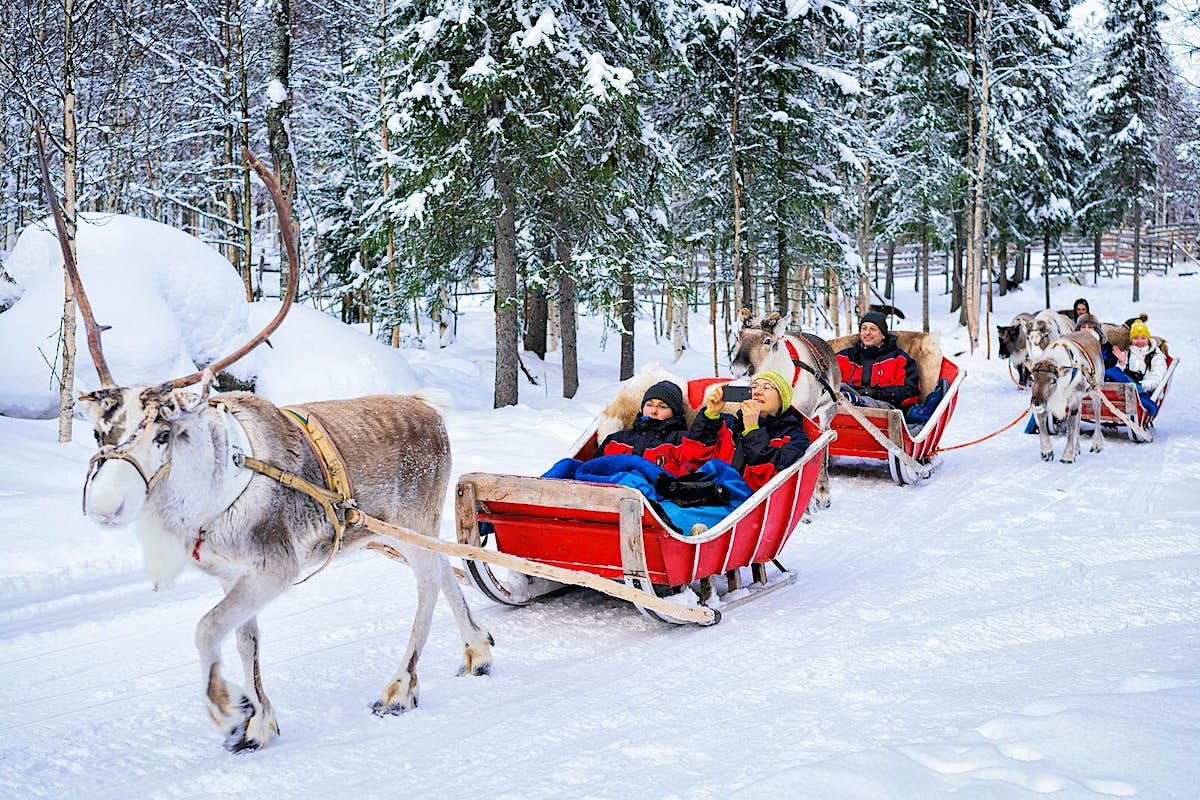 Winter comes in many guises in Europe – in the polar north there’s serious snow and sunless weeks, while you’ll find lingering sunshine in the mild Mediterranean, and cosy cafe culture and Christmas spirit in the centre.

It’s an inspiring time to visit grand cities and charming villages: with fewer queues you can fit more into your itinerary, and off-season accommodation prices make European travel wallet-friendly in November, December, January and February. Via Europe’s train network you can explore countries at your leisure, meeting locals going about their daily business away from the often-frenetic summer tourist season. Here are the 10 best winter destinations in Europe. 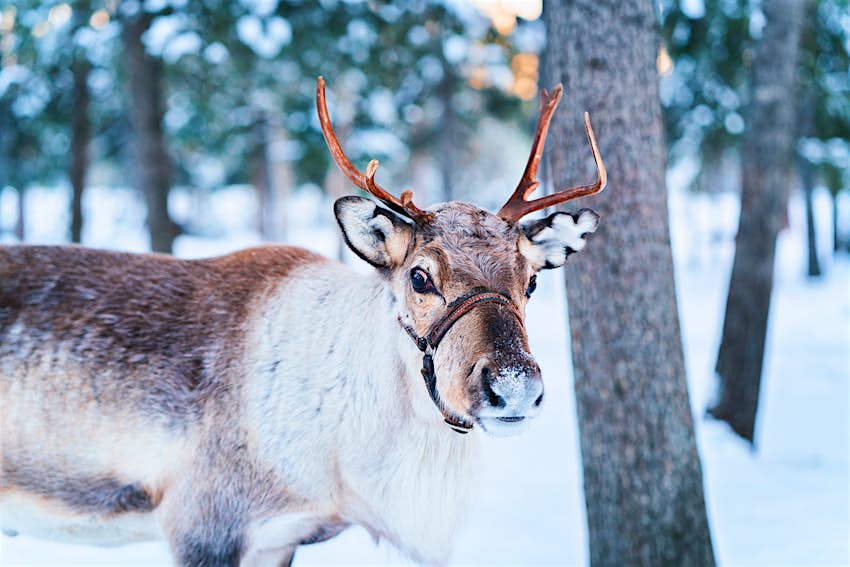 Fistfuls of Christmas clichés characterise Rovaniemi, the “official” terrestrial residence of Santa Claus. Everyone’s favourite bearded man hangs out in an atmospheric Arctic Circle grotto, and it’s free to visit him (but photos are another story). Snow and reindeer add festive spirit, while the Arktikum museum gives insights into life at these latitudes.

Tip: Finnish thermometers have more numbers below 0°C than above, so pack serious winter clothing. 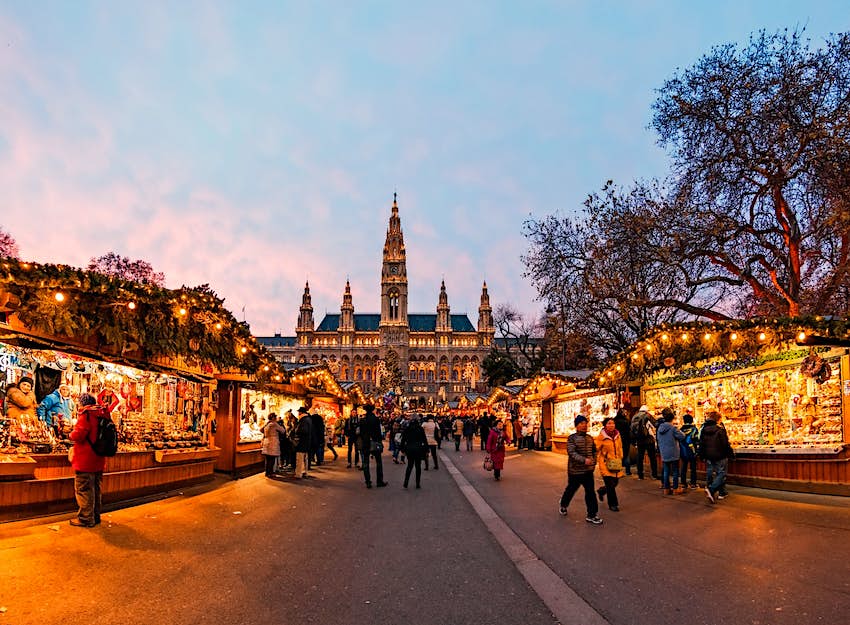 Vienna is famous for its spectacular Christmas markets © posztos / Shutterstock

December sees these romantic historic markets pop up all over Germany, Austria and other Central European nations. Expect cute stalls selling everything from gingerbread to sleigh bells and plenty of good cheer, toasted with a glass of warming glühwein.

Tip: Famous markets in Cologne, Vienna and Munich draw the tourist crowds, but seeking out ones in smaller towns is rewarding. 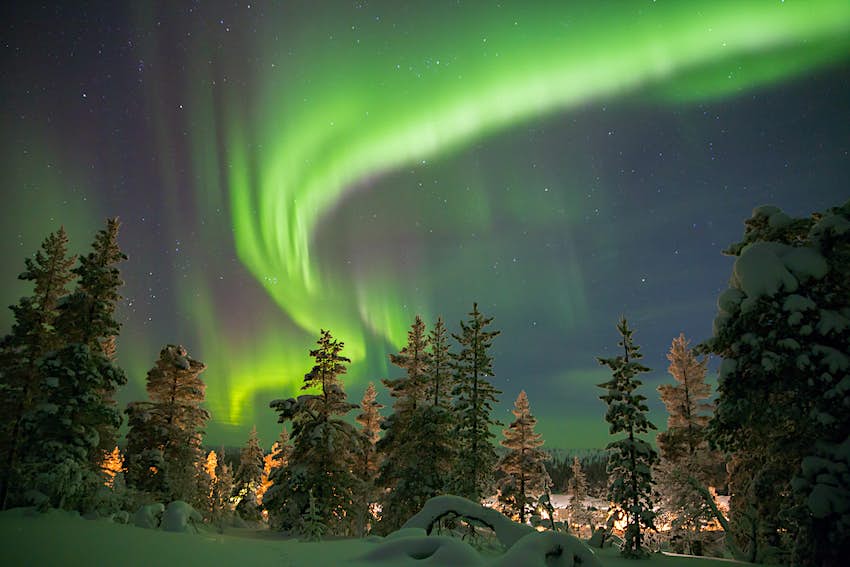 You’re never guaranteed a sighting of the Northern Lights, but a visit to Abisko, Sweden gives you a decent chance © Mihai Speteanu / Shutterstock

Almost as far north as you can get in Europe on a train, Abisko in Lapland is for lovers of serious winter. The sun doesn’t rise for several weeks in December and January but that darkness makes it one of the world’s best places to view the majestic aurora borealis. Other attractions include cross-country skiing along national park trails and husky mushing.

Tip: Stop off at nearby Kiruna to see the famous Icehotel. 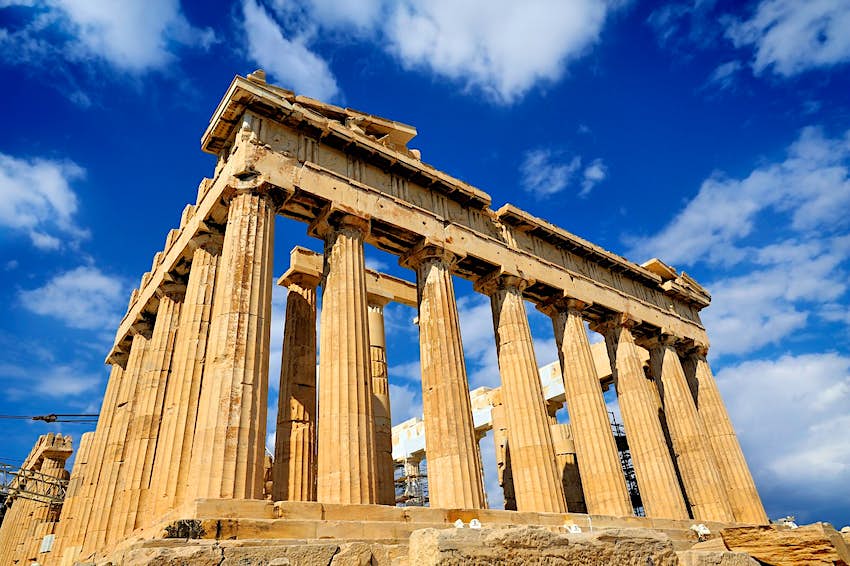 It’s a real downer trying to Photoshop 500 people out of your would-be-prizewinning Parthenon photo, but during the winter in Athens it’s not an issue. All summer stresses – crowding, tourist pricing, intense heat, queues, air pollution – more or less disappear. The average temperature in Athens during the winter is around 13C (55F). It’s the best time to explore the country’s ancient heritage and get to experience local culture.

Tip: By all means do some island-hopping, but most accommodations close in winter. 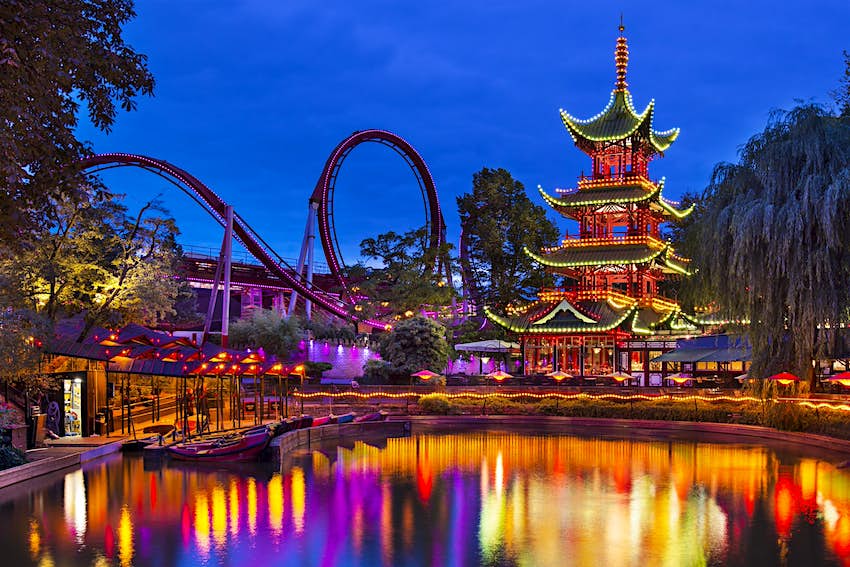 For fairytale European winter, it’s hard to beat the home of Hans Christian Andersen. Forget the over-hyped Little Mermaid and head to the city’s cosy bars and cafes to watch snow flurrying outside. In the heart of town, the 19th-century Tivoli amusement park is a romantic, kitsch delight around Christmastime, with heartwarming illuminations and body-warming mugs of glögg.

Tip: Splash out on a meal at noma, considered by many to be the world’s best restaurant (reservations can fill quickly, so try to book several months in advance).

The best of Budapest’s thermal baths

Tip: At night seek out a “ruin pub”– an atmospheric drinking venue artfully created in a once-abandoned building. 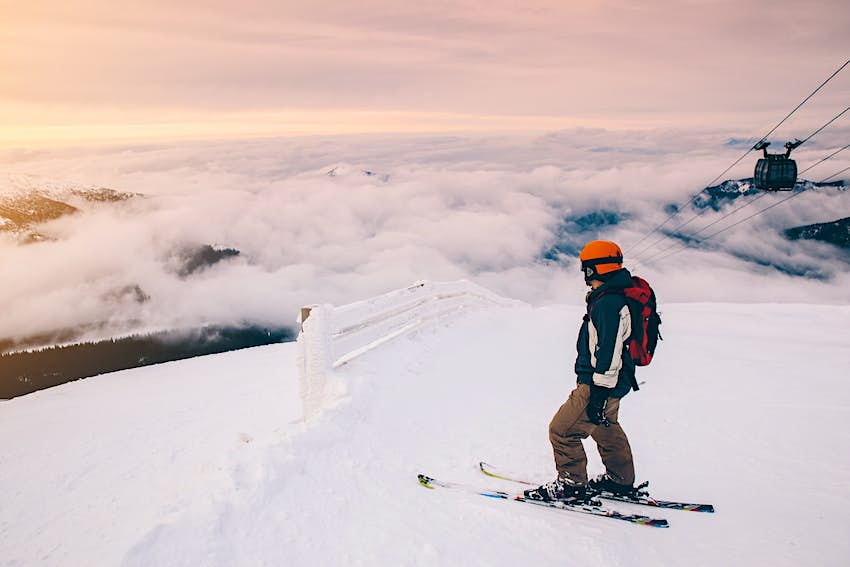 Slovakia offers high-quality skiing at affordable prices. Accommodation and food are reasonable too, and there’s a friendliness that’s missing from some of the snootier Alpine slopes. Jasná is the best Slovakian resort, with long descents flanked by snow-laden spruce trees, set in the ruggedly lovely Tatras Mountains.

Tip: Flights direct to Slovakia can be pricey, so don’t make this your entry point to Europe. 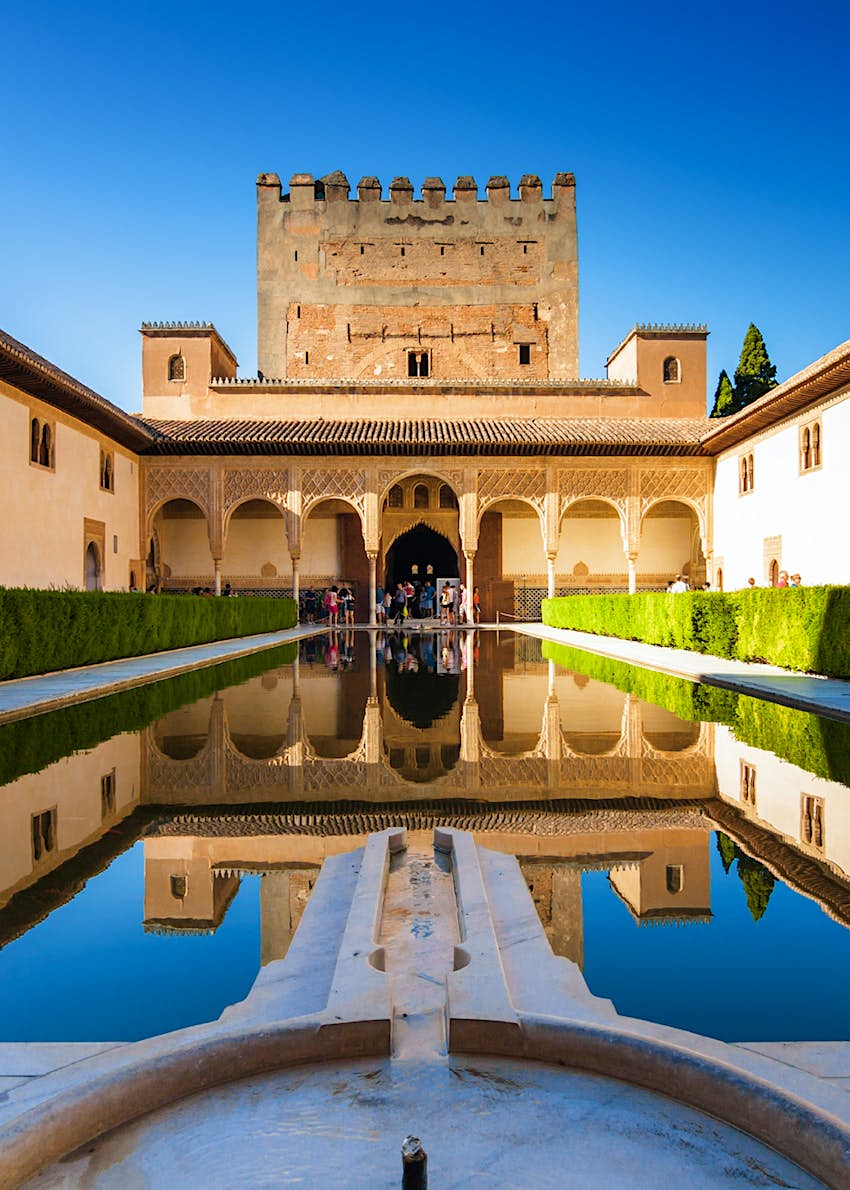 The Generalife Gardens are just one of the wonders of Granada, one of Andalucía’s – and indeed Spain’s – most fascinating cities © Yuriy Biryukov / Shutterstock

Tip: Head to the Sierra Nevada near Granada if you want snowsport action. 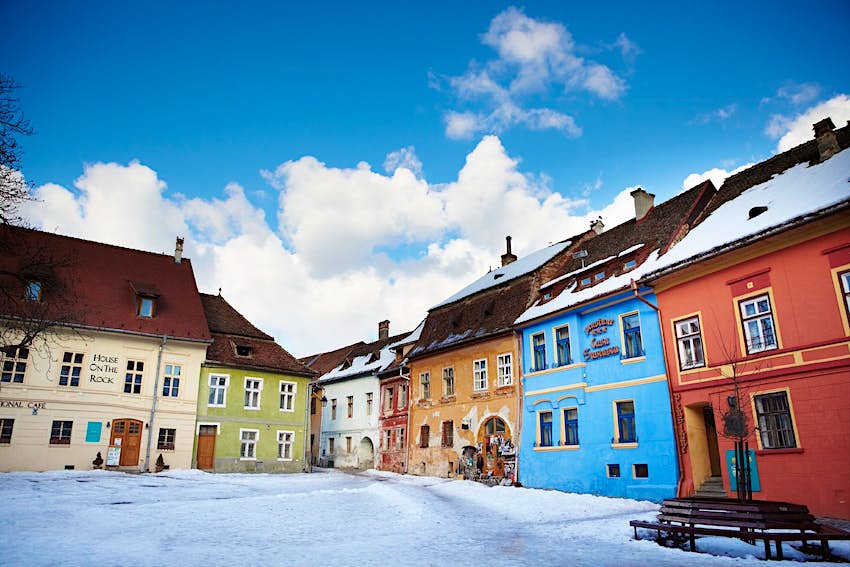 Follow in the footsteps of Vlad Ţepeş, the historical Dracula, on a visit to Sighişoara, Transylvania © Matt Munro / Lonely Planet

You can’t visit Dracula’s lair on a sunny day with lambs bleating in the fields, right? Try steel-grey skies, bare trees and a smattering of snow. Braşov and Sighişoara, two hours apart by rail, are gorgeous medieval towns with various connections to Vlad Ţepeş, the historical Dracula, though it’s doubtful that he ever set foot in his so-called castle.

Tip: Bram Stoker never visited Romania, so don’t expect many parallels with the book or films. 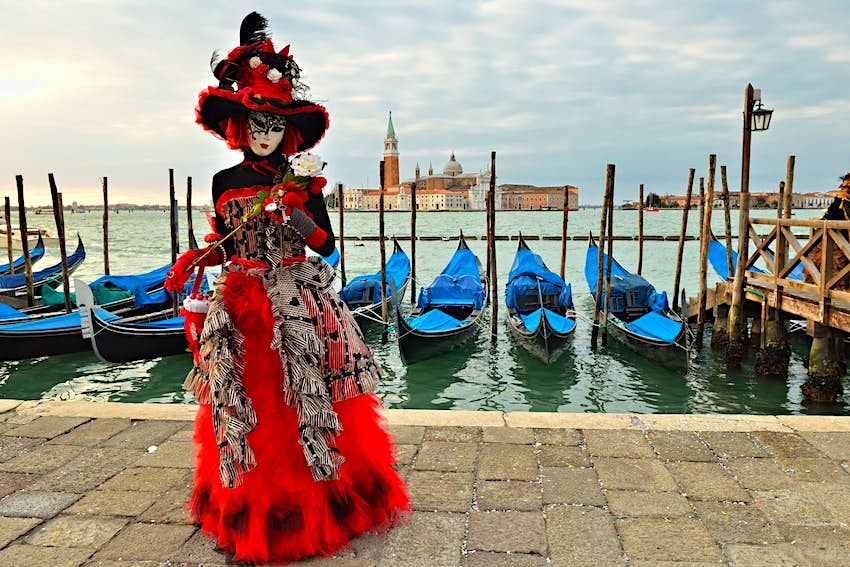 Venice’s Carnevale is a highlight of any European winter, but be prepared to book ahead © Oleg Znamenskiy / Shutterstock

Hauntingly beautiful and rather weird, Venice’s Carnevale in February is a European highlight. Elaborate costumes and spooky masks bring the canal city’s colourful history to life. Costumed dances are pricey affairs, but you can have a ball enjoying the free events with a mask bought on the street, but be prepared for epic crowding.

Tip: Book accommodation ahead. Day-tripping in and out on a train will lower costs considerably.

This article was first published in December 2012 and updated in September 2020.

Get more travel inspiration, tips and exclusive offers sent straight to your inbox with our weekly newsletter.